The Children for Peace

The Children for Peace

As many of you know, I am a very passionate supporter of children’s rights and the work of associations such as. @thechildrenforpeace On that note, I want to share with you that one of my works was auctioned off during their annual charity dinner, raising 5,000 euros for the association! I urge everyone to take a moment to reflect and support the future of these children and their dreams. 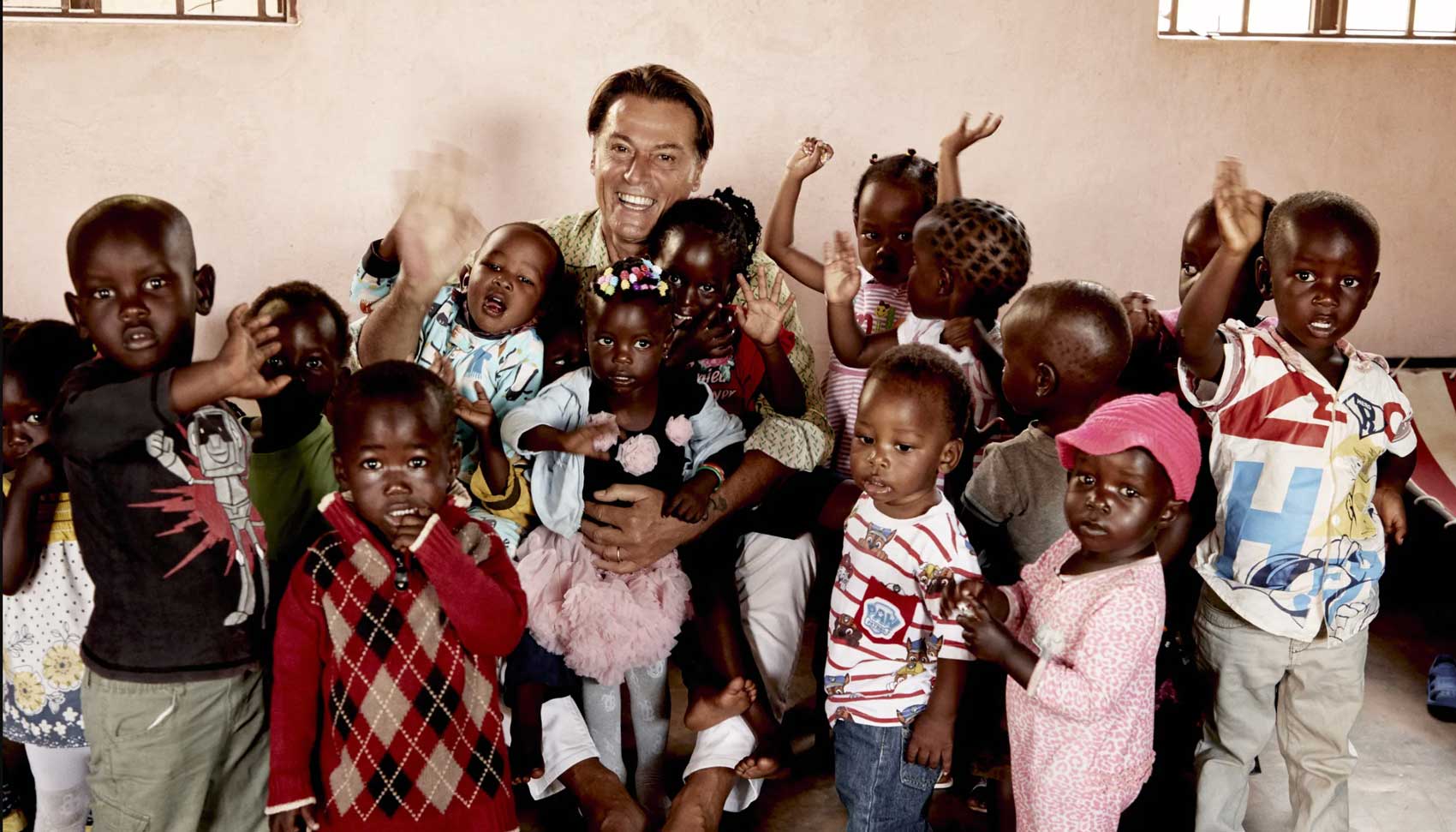 The Children For Peace: photos from the charity gala dinner dedicated to projects supporting the world’s infanthood

It was a truly special evening that was staged on Friday, November 19, at Palazzo Parigi in Milan: 250 outstanding guests from the worlds of fashion, entertainment, publishing and business attended The Children For Peace‘s Charity Gala DinnerHosted by Massimo Leonardelli and Piero Piazzi, respectively President Italy and Ambassador of The Children for Peace, an NGO founded in 2005 by American Debra Mace that works in Uganda, Mali, Lebanon, Palestine and Colombia-countries among the most deprived and difficult on the planet-helping orphaned, abandoned, sick and extremely poor children.

Volunteers from The Children for Peace implement education and information programs to children and their families, supporting the necessities for proper schooling: payment of annual fees, school supplies and transportation. The annual Gala Charity Dinner, now in its 15th year, has made so many different projects possible over the years: the (beautiful) tradition continues, thanks to the generosity of the companies that purchased a table and the guests, who were thrilled to also take part in a raffle conducted by top models Elia Cometti, Christian Piccinini, Marco Vinante and Olympic swimmer Alex Di Giorgio. So many precious prizes were drawn, thanks to the support of Alberta Ferretti, Duvetica, Casadei, Extré Champagne, Fay, Brunello Cucinelli, Etro, Hogan, La Milanesa, P.A.R.O.S.H., Lucia Magnani Health Clinic, Mantero 1902, Piaget, Philosophy di Lorenzo Serafini, Tod’s, Valentino, Rhea Cosmetics, Safilo, Ermenegildo Zegna, Kway, Sebago, Superga.

The proceeds? Truly important, as is the goal for which it was intended: 80,000 euros were raised that will contribute to the construction of a kindergarten in Gulu, Uganda for 350 children, to support expenses for schools, food aid and medicine, and to support the Rainbow project in South Sudan for children’s food and medicine expenses.

A work by Street Art exponent Guido DutyGorn was also auctioned off: a portrait of him netted the noble cause 5,000 euros.

Enlivening the charity evening at Palazzo Parigi were two special guests: actress and writer Chiara Francini, who led the evening with panache, and Michele Bravi, who enchanted the audience with his beautiful voice.

During the event, Piero Piazzi unveiled the Rainbow Clouds 2 capsule, consisting of three hats and three socks, developed in the three versions for adult, child and infant, in yellow, green, pink and light blue, echoing the colors of the rainbow and clouds. Designed by Cesare Morisco for CoccoleBimbi and produced by Mousse Kids, the capsule renews the collaboration between CoccoleBimbi and The Children for Peace: part of the proceeds from the sale-available exclusively online at CoccoleBimbi.com-will be donated to support the non-profit organization’s projects.

A post shared by The Children for Peace ONLUS (@thechildrenforpeace) 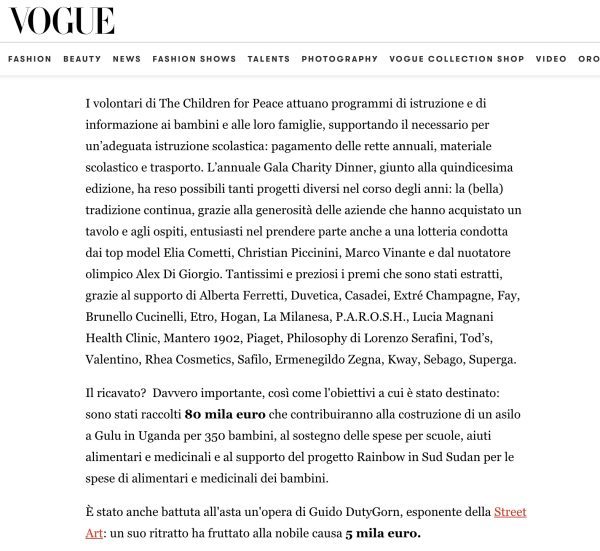 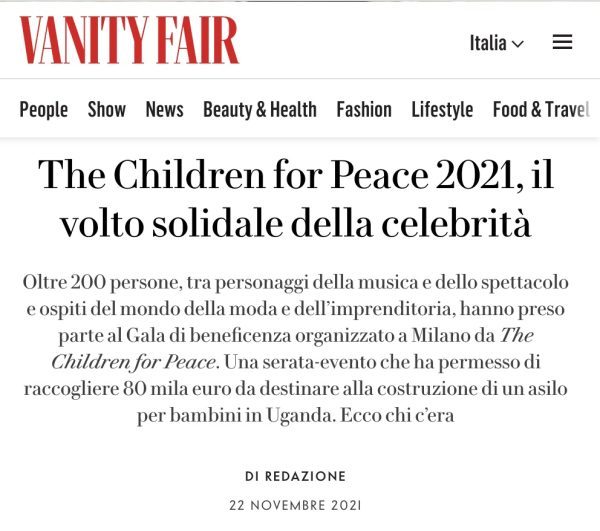